The Only In-Land Facing Waterfall 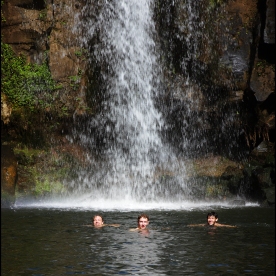 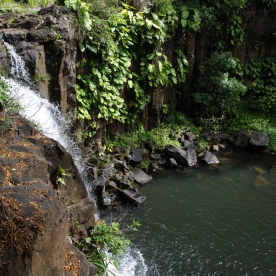 While it should come as no surprise that the island of Kauai is popular with major movie studios and producers of McDonald’s commercials alike for its diverse and cinematic locations, it may surprise you to know that you, too, can experience many of these coveted island locales as a visitor.

In an interview by Shivani Vora of The New York Times, my friend Angela Tilson shared her insight as a location scout on Kauai titled: Tips on how to plan a movie-themed vacation. However, Angela also would be the first to tell you that with more than 80 feature films having been staged on the Garden Isle since the 1930s, you may want to narrow your focus. Jurassic Park, The Lost World and The Descendants are just a few of the blockbusters in recent times to have been filmed at least in part on Kauai. And, needless to say, the Pirates of the Caribbean franchise is no stranger to these tides. Although, if you are like me and would rather just purchase a ticket than do a lot of homework yourself, I highly suggest booking a movie-themed tour with one of the following:

Even if members of your party really are not movie buffs, the scenery alone as experienced on any one of these tours makes for a Must See & Do while on island. This is especially true since most of the locations are found on privately owned land. Thus, you and yours would not be permitted access otherwise.

And when all is said and done at day’s end of your adventure, play that favorite movie again from the comfort of your vacation rental with a Hawaiian quilt over and under your tired feet–and enjoy with some buttered popcorn! After all, you are on vacation, argh!

Tammy Russell-Rice is a Certified Professional Photographer who calls both Las Vegas and Kauai home. For the past 15 years, Tammy and her husband, Clayton, have owned and operated The Dolphin Hale--a successful Kauai North Shore vacation rental. In the process, she has become somewhat of an expert on all things island and enjoys sharing her insight. Whether you just want to enjoy an island vacation and own a camera, or are thinking of purchasing your own island home, this blog is for you! View All Posts